It’s no secret that sometimes comedy is taken a bit too seriously. Comedy obsessives love not just the jokes, but the mechanics and emotions of the comedy world. There are a raft of comedy documentaries exploring comedy and comedians, but do they really have anything significant to add to the discussion? This series looks at comedy documentaries and whether they’re interesting, insightful, and possibly even…funny?

There are two things to know when watching the The Unbookables: this is a look at a side of the comedy world that’s not often shown, and it’s not going to be particularly pleasant.

The Unbookables Tour is the punk rock version of a comedy tour, founded by Doug Stanhope (an executive producer on the film). The documentary follows the current lineup of James Inman, Andy Andrist, Sean Rouse, Brendon Walsh, Norm Wilkerson, Travis Lipski, Brett Erickson and Kristine Levine on a van tour of Texas, Kansas, and Illinois.

The shows are bad, the lifestyle is crazy, and the comics aren’t particularly sympathetic. Watching the film the first time, my notes include the phrase “unequivocally terrible human beings.”

If there’s a somewhat accidental protagonist of the story, it’s Inman. At the beginning of the film, he’s stealing hydrocodone from a gout-ridden one-night stand. Half an hour later, he’s the grown-up of the group, as they get in trouble with a club owner for their material and their behavior.

The movie has a gritty, fly-on-the-wall-style, but the film has a subtle narrative. The beginning seems like over-stressed people yelling at each other for no reason, but a genuine and compelling drama builds between the comics as the tour continues.

As the title suggests, these aren’t your mainstream comics — the jokes are dirty, sick, and mean. But even if this isn’t your style of comedy (and it’s definitely not meant for everyone), it’s interesting to watch the behind the scenes dirt as it spills on-stage.

Visually, the movie is gorgeous, though it never glamorizes the experience. By the end, I found I respected the cast, and particularly Inman, for choosing this brutal world at their own peril. And amazingly enough, I kind of liked them.

And so, in conclusion…

Is it interesting? Yes. Anyone with a genuine interest in comedy will like this different perspective, where comedy is a dirty, drunk, drug-addled blur of small crowds in crappy rooms.

What does it have to say about comedy? It’s an old question in stand-up — should comedy be just about making people laugh, or should it be about pushing boundaries and exploring dark areas? The movie doesn’t offer any answers, but shows the comics dealing with that issue not in an existential way, but as a day-to-day, paycheck affecting choice.

Is it funny? In a sick way, yeah. The footage of the comics off stage, constantly drunk and messing with each other, has it’s own weird charm. Needless to say, it’s not for the easily offended. 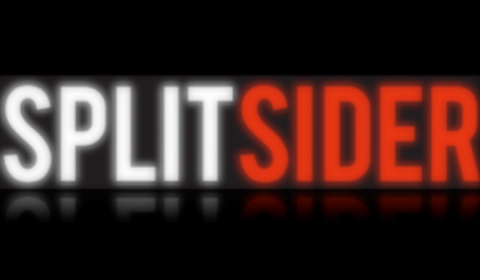